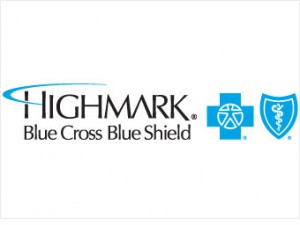 Citing an estimated $500 million loss last year on health insurance plans sold on the Affordable Care Act marketplace, Highmark Inc. said Friday it plans to reduce what it pays doctors who treat patients with the plans.

Highmark plans to reduce payments to the physicians by 4.5 percent starting April 1 as part of a broad effort to stem losses related to the federal marketplace, said Alexis Miller, Highmark’s special vice president of individual and small group markets.

Miller estimated the insurer paid about $500 million more for patients’ care in 2015 than it collected in premiums for the plans sold on the federal marketplace, resulting in the loss. Highmark officials have said the people who signed up through the health law’s marketplace were sicker than the insurer expected.

“It’s inappropriate for Highmark to seek to compensate for their failure to price these products appropriately by paying physicians less,” Krah said.

Faced with lower reimbursement rates for ACA patients, doctors could end up setting quotas for how many of the patients they would accept at their practices, the way they do for Medicare and Medicaid patients, he said.

“All policy has pushed practices to run on a business basis today,” he said. “So they make the same kinds of decisions a business makes. They can only have certain percentages of patients with those types of insurances.”

Highmark’s announcement comes as insurers across the country report losses on the federal marketplace for last year. UnitedHealthcare, the nation’s largest insurer, has suggested it may exit the market based on anticipated losses of close to $1 billion.

Miller said decreasing payments to doctors would help Highmark continue to participate in the federal marketplace, ultimately helping to keep the marketplace sustainable.

“Because we’re committed to this market, as long as we can make it sustainable or viable, we are systematically working through all of the things that we can do to make that viable,” she said.

The insurer raised premiums by an average of 20 percent for its 2016 marketplace plans, changed its networks, reduced commissions to brokers selling the plans and has taken steps to aggressively manage the care of patients with the plans, Miller said.

The insurer made the change Monday in an online system through which it interfaces with physicians, and began sending letters to physicians Friday, Miller said.

In 2015, 280,000 Pennsylvanians were enrolled in Highmark plans purchased through the federal marketplace. Highmark has said it will announce the latest number in the coming weeks, including signups during the open enrollment period that ended Jan. 31.

UPMC announced Thursday that it had captured a much larger share of the 2016 market than it had in 2015.

Reimbursement for hospitals, whose contracts with insurers work differently, would not change, Miller said. The change affects all Pennsylvania physicians treating patients with marketplace plans from Highmark, including physicians employed by Highmark-owned Allegheny Health Network. UPMC physicians would not be affected since payment arrangements between UPMC and Highmark are set in a state consent decree, Miller said.

Highmark, like other insurers, has not yet received reimbursements the federal government promised for losses on the ACA plans. In June, Highmark expected to recoup $221 million through the federal program.