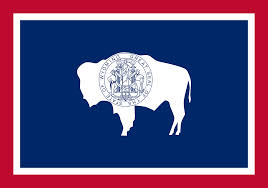 The Wyoming House of Representatives on Thursday rejected a proposal to expand the federal Medicaid program.

Zwonitzer said going into Thursday’s hearing that he didn’t expect it to pass, but he wanted to give House members on both sides of the critical issue a chance to be heard.

The House voted 41-15 to reject the amendment. Four members were excused.

The state Senate earlier this month also voted against Medicaid expansion. Many members said they didn’t trust federal promises to maintain scheduled payments of more than $100 million a year in federal funding to extend health insurance to 17,600 low-income adults.

Medicaid expansion is an element of the federal Affordable Care Act, which has been subject to repeated attacks from Republicans in Congress since it was enacted five years ago.

Gov. Matt Mead, a Republican who just started this second term, joined in a multistate challenge to the Affordable Care Act four years ago that led to the U.S. Supreme Court upholding critical aspects of the law. Going into this legislative session, however, he urged lawmakers to pass an expansion bill, saying the federal funds would help reduce losses to hospitals in the state that provide care to the uninsured.

“What this amendment does, truly, is bring federal tax dollars back to Wyoming,” Zwonitzer said.

“We have at least $100 million in uncompensated care a year going through our hospitals,” he said. “That cost gets shifted onto the rest of us.”

Rep. Mary Throne, D-Cheyenne, spoke in favor of the amendment.