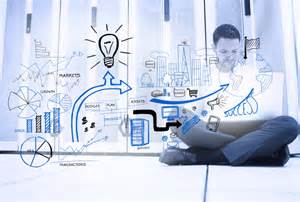 From R&D to patient care, technology has the opportunity to drastically improve the US healthcare system. Here are seven important ways it can happen.

It’s no secret that the US healthcare system is broken. A report released by the Commonwealth Fund, a US think tank, showed that in 2014 the US ranked last in the quality of healthcare systems when compared to 10 other industrialized nations. We’ve occupied that spot from 2004 to 2014.

We also spend much more per capita — about $8,600 — on healthcare than any other nation, and that’s about 30% higher than the next closest industrialized country, according to the World Bank.

As of 2012, according to the CDC, more than half of Americans live with a chronic disease. Prescription drug spending accounts for one in every $10 spent on healthcare.

Technology has a big role to play in the future of digital health and the improvement of healthcare, and 2015 is going to be a big year for the industry. Here’s a look at how technology can be used to better the US healthcare industry.

1. Making sense of all the data

Big data is one of the biggest trends in digital health right now, and it’s key to every stage of the system — from research and development, to disease monitoring and treatment, to patient care. Researchers have been gathering data for years, but now, it’s about making sense of the data and putting it to good use. With IoT technology, sensors, and real-time analytics, doctors and researchers can more accurately understand their patients and better customize care.

Access to healthcare in the US has long been regarded as unreliable, and technology may be able to remedy that. Telemedicine is one way that more people can get access to healthcare providers no matter their location, so they can communicate with doctors and receive treatment without having to physically go to a clinic.

According to a report by Robert Half Technology, 36% of healthcare companies have no mobile strategy. Digital health clinics that are accessible via computers and mobile phones can change that, making it easier

The US medical school format, which consists of two years of studying and two years of clinical residency, has been in place since about 1910. Technology has changed the medical industry, but the educational system has not really evolved with it.

However, that is now changing — the American Medical Association’s Accelerating Change in Medical Education is funding $1 million to each of 11 different schools to help fund new programs. Some schools are offering classes that use tech to look at disparities in access to care or how tech can help physicians give patient care. Also, the MCAT is going under a revamping for this new age as well.

4. Incentives to be healthier

According to the CDC, one in five children is obese and, in 2010, more than one third of adults were. Because of this epidemic, corporate wellness has become a $6 billion industry, and employers are offering discounts and other financial incentives to get people to be healthier, stop smoking, and/or lose weight.

This comes at a time when fitness trackers and health apps are extremely popular with consumers, and companies like Apple are integrating health apps into their operating systems. It’s creating an ecosystem that can hopefully lower obesity rates, preventable diseases, and potentially the costs of healthcare.

With the Affordable Care Act, more people in the US are insured than ever before. According to a survey by the Transamerica Center for Health Studies last year, the number of Americans without health insurance dropped from 22% to 15%, but that’s still a lot of people who lack it.

Technology is allowing for some novel approaches to closing that gap. A company called Oscar, which only offers services in New York and New Jersey currently, is trying to revamp the health insurance business model. Use the app to describe your symptoms, click to talk to a doctor about them, and look at all your visits, prescriptions, and medical history in a timeline. The company also pays you money to keep track of your fitness and work towards goals. Users can also easily get quotes for health insurance.

6. Putting some of that entrepreneurial creativity to use

There are brilliant, creative entrepreneurs all over the world, and a lot of exciting innovations in the tech industry. But in many ways, what’s being built is not solving real solutions — the industry is full of games and apps and billion dollar valuations that don’t make much sense. At the same time, the healthcare industry is long overdue for some creative solutions. Teaming technologists up with medical providers is a great start to making a positive impact.

For example, Significance Labs is a new accelerator based in New York City that offers technologists and entrepreneurs a place to build technology to solve major social issues that low-income people face. Not Impossible Labs builds technology for the sake of humanity, using open source designs and inexpensive resources to build things like the Eyewriter and the Brainwriter. The ideas behind these organizations are key to creating better solutions that can really impact people.

According to a 2013 Deloitte report, 73% of physicians believe that healthcare information technology will improve the quality of care provided long term for patients. The number of health IT jobs is supposed to increase by 20% by 2018, according to the Department of Health and Human Services. Additionally, as more medical providers adopt electronic health records, physicians can collaborate easier for patient care.