Skip to content
Home / News / Hospitals to Get 2.1% Pay Boost on Medicare Outpatients 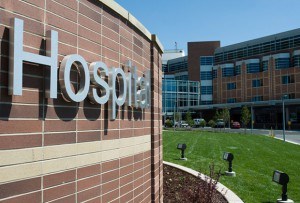 Medicare payments to hospitals for care they provide on an outpatient basis would increase 2.1 percent under an White House Administration proposal highlighting a trend toward discouraging unnecessary admissions.

Medicare, the health program for the elderly and disabled, paid about $37 billion in 2013 for outpatient treatment at hospitals and $139 billion for admissions. The proposed increase for 2015 was released yesterday in a regulation from the U.S. Centers for Medicare and Medicaid Services.

Hospitals are grappling with insurance expansions under the Patient Protection and Affordable Care Act known as Obamacare. Health insurers have negotiated prices aggressively for plans they sell in new government-run exchanges serving about 8 million people, while Medicaid, the state-run program for the poor with traditionally low payment rates, has grown to cover about 6 million more people.

“Most people agree that if a procedure can be done on an outpatient basis, it should be,” Les Funtleyder, a consultant who is the author of “Healthcare Investing,” said in a phone interview. “For acute-care hospitals who haven’t figured out they need to bolster their outpatient activities, it’s going to be a problem.”

The Medicare agency already proposed trimming payments for admissions at hospitals next year by about $241 million. Those cuts are in part due to the Affordable Care Act, which ordered reductions in Medicare costs to help pay for its expansion of insurance coverage, in a deal with the hospital industry.

Combined with increases in Medicare enrollment next year and other changes, the rate boost for outpatient services will mean Medicare pays about $5 billion more for the services than it did this year, the agency said in a regulatory filing.

The proposed rule is open for a 60-day comment period before it can become final.