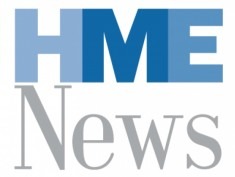 Activists who rolled into Washington, D.C., June 22-24 found that advocacy efforts are paying off, as more congressional offices are well versed in the issues facing people with disabilities, including the need for a separate benefit for complex rehab.

“With regard to transportation and access to jobs, if you don’t have the right equipment, you can’t get out of the house and the rest doesn’t matter,” said Joe Gaskins, who participated in the event for the first time as president and CEO of United Spinal. “It’s putting the cart before the horse in some instances. If we don’t have the right medical equipment for people with disabilities, then they’re really restricted.”

“We had a lot of folks from the West Coast coming all the way over here,” said Alex Bennewith, vice president of government relations at United Spinal.

Congressional staffers were eager to hear what activists had to say, Gaskins said.

“I thought we were very well received and we have been getting good responses from congressional offices since the event that they are signing up to support our bills, including the CRT legislation,” said Gaskins.

With so many groups backing a separate benefit for complex rehab, “It’s hard to not know about it,” said Justin Richardson, director of communications and customer relations for Numotion and a member of the board of directors of the North Carolina Spinal Cord Injury Association.

For those congressional offices that didn’t—Gaskins hopes the visits will be a turning point.

“For some, it was a first-time opportunity to actually meet people that needed this equipment, so it gave them an opportunity firsthand to hear anecdotally some of the things people go through just to get through a regular day,” he said.