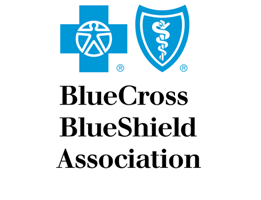 Health insurers are experimenting with new formulas for reimbursing doctors and hospitals, slowly moving away from the traditional approach of basing payments on the numbers of tests and procedures performed, according to a survey of Blue Cross insurers, among the most dominant plans in the country.

The survey estimates that $1 out of every $5 in reimbursements is being paid under an arrangement in which providers are rewarded for improving care and lowering costs.

The insurers say they are spending more than $65 billion a year in new “value-based” payment models, according to the Blue Cross Blue Shield Association, which looked at 350 programs in nearly every state. The programs range from medical homes, where doctors may receive an additional fee to better coordinate patient care, to so-called accountable care organizations, or ACOs, where a larger health system shares some of the savings if it can manage patients’ health for less money. They may also include a flat fee for a specific procedure like a hip replacement.

The insurers say the early results of these experiments are promising in being able to improve the care for diabetic patients, for example, or keep someone out of the emergency room who does not need to be there. But insurers and policy specialists cautioned that a major change in the way providers are paid was likely to take many years.

Health insurers have long talked about changing the way they pay for care, but there have been few tangible signs of just how enthusiastically they are embracing alternatives. Many of these programs represent just a few small steps from the way the companies have always paid doctors and hospitals. What is more, no one knows yet which of these experiments are likely to succeed over time.

“The models are going to have to evolve,” said Paul Ginsburg, a health economist at the University of Southern California.

But the Blue Cross executives say there is no choice but to move away from a system that rewarded high-cost care over high-quality and efficient treatments.

“This is the beginning of a journey,” said J. Bradley Wilson, the chief executive of Blue Cross and Blue Shield of North Carolina, which estimates that as much as 40 percent of its payments are now through one of the new arrangements. “The fee-for-service model is changing and is going to continue to change,” he said.

Aetna, Cigna and UnitedHealth Group, among others, are also all exploring similar ways of rewarding doctors and hospitals, but the move by the Blue Cross plans is significant because of their size in so many markets. The association estimates the plans have arrangements with 215,000 physicians affecting more than 24 million members, including some in Medicare Advantage plans.

The experiments include paying for care delivered in a medical home, which is not a place, but rather a model where patients are closely followed and their care is coordinated. In its program, Horizon Blue Cross Blue Shield of New Jersey pays a primary-care doctor roughly $5 per patient a month to manage a patient’s care. The doctor can earn an additional $11 a month per patient by meeting certain quality and efficiency goals. A practice with 1,000 patients could make an extra $60,000 to $192,000 a year.

For Marc Feingold, a family-practice doctor in Manalapan, N.J., who is a single practitioner, the medical-home concept fits naturally into the way he treats patients, caring for them when they are sick, but also doing what he can to prevent them from becoming ill.

When a patient comes in for sinusitis, for example, Feingold will check that patient’s blood pressure and cholesterol to make sure they are under control. He says he does not treat his patients who are not Horizon members any differently.

The extra money he receives from Horizon and a similar program allows him to remain independent, he said. He recently began offering Weight Watchers meetings in his office and was able to use some of the money to help defray the cost for his 40 patients.

Some policy specialists say these experiments are not enough because they do not fundamentally change the way hospitals and doctors make money. Many of the programs, for example, do not put the health system at risk if it mismanages patients by giving poor or costly care.

“Until there’s risk, real financial risk, it doesn’t change anything,” said François de Brantes, the executive director of the Health Care Incentives Improvement Institute, a nonprofit group that encourages the adoption of new payment methods. He said the private insurers should move much more quickly.

Wilson, the Blue Cross of North Carolina executive, acknowledged that his company must expand its programs and move toward a payment model where health systems are at more financial risk in caring for patients. But he said it would take time to move from a decades-old system to something new.

“While we’re all impatient wanting to see dramatic change and dramatic results, we need all to take a breath,” he said. “It’s going to take us a bit of time to dramatically transform the health-care ecosystem.”