Skip to content
Home / News / Health-care IT investment boom: Who’s the next winner? 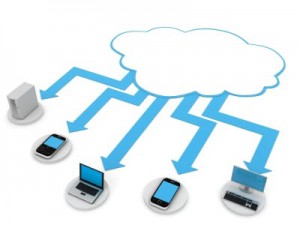 A huge surge of venture capital investment into health-care IT companies shows no sign of slowing as companies scramble to exploit potentially big money-making opportunities offered by Obamacare and inefficiencies in the nearly $3 trillion health system.

“Where entrepreneurs go, venture capital follows. Obamacare is the blueprint, it is the road map for entrepreneurs to take advantage of fundamental change and disruption in the health-care sector,” said Steve Kraus, who leads health-care investing activity at Bessemer Venture Partners.

“It’s big dollars going into health-care IT,” Kraus said. “I think it’s going to be a long bull run.”

Another investment company, Rock Health, recently reported that venture capital funding to health-care information technology companies for 2014 reached $2.4 million year-to-date, blowing past the $1.9 billion that was invested in that sector in all of 2013.

And this year’s year-to-date level is more than 10 times the nearly $200 million that was invested in health-care IT in 2007.

“Health-care IT over the last two years has been the most popular sector for venture dollars,” Kraus said.

In Rock Health’s report on the surge, strategy manager Teresa Wang wrote that 143 companies had raised the $2.3 billion seen so far this year.

“Not only are there more companies receiving funding, but the average deal sizes are also up to $15.6 million compared to last year’s $10.0 million,” Wang said.

“Health-care reform is a strong tailwind into the space, underpinning at least four of the top six categories here as the entire industry needs to rethink its business models,” Wang wrote.

That idea of rethinking how to do business was strongly underscored last week in “The Imprivata Report on the Economic Impact of Inefficient Communications in Healthcare.

The report found U.S. hospitals waste a whopping $11.2 billion annually “due to inefficient communication technology,” primarily from inefficiency of pagers and “lack of adoption of secure text messaging.” The study, conducted by the Ponemon Institute, found that the average U.S. hospital spent an extra $1.75 million annually as a result.

That’s not necessarily an unusual finding in among health-care providers.

Despite its massive size, the health-care sector has long lagged behind other industries in leveraging efficiencies from data and technologies, Bessemer’s Kraus said.

But because of health care’s size and its tardiness, “this is like low-hanging fruit” for IT companies, he said.

Kraus credited Obamacare for playing a big role in setting the stage for a surge in IT spending, in part because of its popularizing of online exchanges to sell individual insurance plans. While private exchanges that sell employer-subsidized insurance remain relatively small, some experts have predicted they soon will become the norm.

Bessemer Venture Partners had been an investor in Liazon, whose Bright Choices private exchange, which serves 2,400 companies, was sold last year to Towers Watson.

Obamacare policies drew more attention to the trend of having consumers pay a bigger share of their health-insurance costs in the form of out-of-pocket expenses. A number of companies have sprung up to help individuals and companies compare health-care prices and spend their insurance benefit dollars more wisely.

And Kraus noted, Obamacare also emphasized the need for the medical providers to shift from the current model of relying on fees for services—such as tests and procedures—toward fees for patient outcomes. The fee-for-service model has been blamed for excessive health spending.

One way Obamacare has tried to move toward a fee-for-outcome model is by encouraging the creation of Accountable Care Organizations. In ACO’s groups of medical providers agree to work together to care for Medicare patients, and in turn share in any cost savings they realize for that government health insurance program.

Another big law that has juiced the IT space, he said, was the 2009 adoption of the so-called HITECH Act.

The Health Information Technology for Economic and Clinical Health Act is investing more than $20 billion in health information technology infrastructure and incentives in Medicare and Medicaid to encourage medical providers to adopt electronic health records for patients. The act originally was projected to save the federal government $10 billion from improved efficiencies and also to lead to more savings in the health sector.

Kraus said the act was key to getting IT platforms in place in health providers that then can generate data, which in turn can be analyzed in ways that lead to concrete savings and added efficiency.

“You have to turn data into insight, and insight into action,” he said. “The regulatory frameworks passed in the last five years really set the table stakes for massive change and massive opportunity.”

Riding the health-care IT wave

He also said the bull run he is predicting for health-care IT isn’t limited to venture capitalists.

“We’ve seen only in the…last 12 months, the public markets kind of opened their eyes to the potential of health-care IT,” he said.

Kraus rattled off the names of six companies in or around that sector that had initial public offerings the past 12 months: Castlight, Veeva, BenefitFocus, Everyday Health, Care.com and Imprivata.

“The last great IPO was in 2007, which was Athenahealth,” Kraus noted.

Four of the new IPOs were put onto Bessemer Venture Partner’s index of 24 health-care IT companies.

“Our HCIT index is up 86 percent since 2011, and, despite recent volatility, is still up 4.5 percent YTD,” Kraus wrote in a blog post last week.

Kraus told CNBC that “there’s a lot more opportunity” for health-care IT companies and investors in them.
“I think we have many more years to go,” Kraus said. “I think we’re in inning number three of a nine-inning baseball game.”