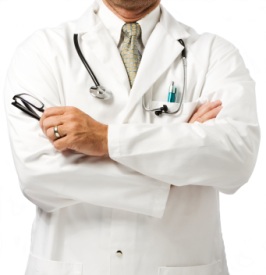 On June 17, 2014, Southern California Public Radio affiliate KPCC broadcasted a report about physician-owned distributors of implantable medical devices (“PODs”) and the legal and ethical concerns that are raised when POD ownership gives referring physicians a financial interest in the implantable devices they order for their own patients. The report can be found here. The report highlights recent malpractice lawsuits against POD owners and the hospitals and ambulatory surgical centers (“ASCs”) in which those surgeons practice. It also notes government actions to rein in PODs, including the U.S. Department of Health and Human Services Office of Inspector General (“OIG”) March 2013 Special Fraud Alert; the October 2013 OIG study on prevalence and use of POD devices; and the Sunshine Act reporting requirements, which will lead to public reporting on physician ownership in PODs and other physician-owned entities later this year.

Echoing the OIG’s 2013 findings, KPCC’s report questions the financial benefit of POD arrangements, and emphasizes the prospect of criminal prosecution for dealing with a POD. It also emphasizes that many hospitals are unaware that they purchase implantable devices from PODs, suggesting that additional due diligence by hospitals and other purchasers of implantable medical devices would be advisable. In this regard, a number of leading hospital systems have adopted policies that prohibit dealing with PODs owned by physicians who are on the hospitals’ medical staff. Examples of hospital policies can be found here. In sum, the report shows that, at a minimum, PODs continue to cast unwelcome media attention on the PODs themselves, their physician investors, and the hospitals and ASCs where the physicians perform their surgeries.