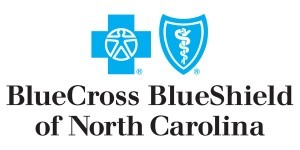 Cary, North Carolina radiologist Stephen Loehr likes to think he runs a lean operation at his 14-employee outpatient practice, Triangle Vascular Associates. But pricing his services against other doctors and medical facilities has mostly come down to guesswork.

A new online database from Blue Cross and Blue Shield allows Loehr to demonstrate to his patients that he is a financial bargain. His typical reimbursement from Blue Cross for an angioplasty for vein blockage performed at his Cary facility: $2,494.

Many outpatient facilities collect two or three times that amount, and hospitals can cost even more. For example, Rex Hospital in Raleigh, NC is paid $9,108 and $10,217, depending on the type of Blue Cross policy, whereas the Duke University Hospital system takes in $12,123.

“I still work at Duke Regional and do the same procedures there,” Loehr said, explaining the hospital is a better option for high-risk patients. “It’s the same procedure except the price. In a hospital, the patients stay overnight – it’s a $1,000 hotel room.”

Loehr said he believes patients would pick affordable doctors if they knew how much procedures cost. But until recently, the cost of medical care has been a closely guarded trade secret, and patients had little reason to care when health insurance covered most of the expense. Now, however, as patients become responsible for more of their medical costs, such information is seeping out through online tools.

Blue Cross, the state’s largest insurer with about 4 million customers here, is the latest to pull back the secrecy veil by publishing costs for more than 1,200 nonemergency procedures.

Rather than cite average prices for procedures as other sites do, Blue Cross lists prices tied to reimbursement rates it has negotiated with individual providers. The data show tremendous price variation within the state for some procedures. For example, the cost of a hammertoe correction in North Carolina ranges from $404 to $6,864 for doctors and surgery centers. Hospital costs for the procedure range from $4,518 to $13,252.

While the Blue Cross-negotiated rates don’t directly apply to those who are insured by other companies, such as Aetna and Cigna, the data provide a benchmark. Health care advocates say that having access to a procedure’s cost can empower patients and could change the way patients and doctors make health care decisions.

“This is the direction that we’re going in,” said Lynn Quincy, associate director of health reform policy at Consumers Union, the policy and advocacy arm of Consumer Reports magazine. “We’ll see more and more of this, and consumers will get used to it.”

Less clear is what impact pricing transparency ultimately will have on medical costs and health care premiums.

“I don’t think we’re surprised that one of the results is that providers are interested in making sure they’re competitive,” Douglas said. “We’re in the business of trying to keep health care costs as low as we can.”

Patients and providers are already using the Blue Cross pricing tool to make medical decisions. The site has had 8,000 unique visitors and nearly 18,000 price searches since it was released three weeks ago, Douglas said.

Leslie Goldfarb, a Blue Cross customer in Charlotte, recently used the cost tool to save $1,500 on planned arthroscopic knee surgery at a doctor’s office. Because she has a high-deductible plan, the cost of the procedure will come out of her pocket.

“You don’t have to legislate medical costs to come down,” Goldfarb said. “All you have to do is make the information available.”

Quincy noted that the tool could be revelatory to physicians as well, because they typically refer patients to one another without regard to price.

“Doctors almost never know the cost,” she said. “The patient eventually sees a bill, but the doctor is almost worse off because they never see what the patient is charged by other doctors.”

Accessing medical prices has not been feasible, or even legal, because contracts between insurers and providers are confidential. Doctors are prohibited by federal antitrust law from sharing their private insurance payment terms with other doctors, which renders any discussion of medical costs an inherently sensitive subject.

About a dozen providers – hospitals and physicians – declined interview requests for this article.

“The number on the Blue Cross site is not exclusively the hospital amount, and yet it is attributed to the hospital,” said Julie Henry, spokeswoman for the N.C. Hospital Association. “It represents numerous negotiated rates, not just one.”

Henry said the bundled rate shown under a hospital name would also include a doctor, anesthesiologist, pathologist, lab work and other related expenses.

Blue Cross officials say the price differences reflect many factors. Hospitals have sophisticated equipment and can provide a higher level of care. Additionally, some hospitals are regionally dominant and can leverage higher payments.

On a recent morning, Loehr the radiologist, his practice manager and marketing director watched the Blue Cross fees scroll by on a screen and marveled at the opportunities to market their practice to doctors who refer patients to radiologists and vascular specialists. Triangle Vascular is an outpatient radiology center that specializes in arterial and venous procedures, such as angioplasty and stenting, as well as inserting dialysis catheters, chemotherapy ports and treating uterine fibroids.

“We have to be efficient in our costs,” Loehr said of his private practice. “We don’t drop (supplies). At the hospital, they’ll drop a stent, and there goes $3,000.”

The Blue Cross tool also shows variations between two doctors within the same practice. Thus the Blue Cross claims paid to Loehr’s partner, J. Robert Yankes Jr., average out at $2,704, or $210 more than Loehr is paid for an angioplasty for vein blockage. The difference is attributable to the stents, balloons and other supplies that Yankes’ patients have required, Loehr said.

Blue Cross and Loehr stress that price should not be the only factor in deciding a medical provider.

“I would look at it for the price but also for quality,” Loehr said. “You don’t want to go somewhere where it’s cheaper, but it’s a junky practice.”