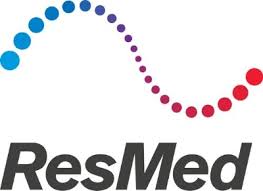 On a geographic basis, revenues in the Americas grossed $231 million, up 12% from the year-ago quarter number, while sales in the combined Europe and Asia-Pacific region increased 8% year over year (up 16% at constant exchange rate or CER) to $192 million.

The flow generator category globally recorded a massive growth of 20% at CER while masks and other increased 6%. In Americas, flow generator sales were $111 million, up 25% year over year owing to three key product launches – the AirSense 10, the AirCurve 10 and the Astral in the reported quarter. Masks and other sales were $120 million, up 2%, reflecting a comparatively stable pricing situation.

For revenues in combined Europe and Asia-Pacific, flow generator sales were $129 million, up 17% year over year at CER. Masks and other sales were $63 million, an increase of 14% at CER.

ResMed’s gross margin was 62.2% in the reported quarter, reflecting a contraction of 250 basis points (bps) year over year, on account of declines in average selling prices and unfavorable product mix, partially offset by manufacturing and supply chain improvements.

Selling, general and administration expenses totaled $122.5 million, up 10% year over year, primarily driven by higher marketing costs associated with recent product releases, higher variable employee compensation, some impacts from the recent acquisitions and the release of contingent consideration in the prior-year quarter. Research and development expenses amounted to $29.3 million, down 1% year over year.

Accordingly, adjusted income from operations (excluding the impact of amortization expense) came in at $111.4 million, reflecting an upside of 3.7% from the prior-year quarter. However, the company recorded an operating margin of 26.3%, down 170 bps from second-quarter fiscal 2014.

The company generated $106 million in cash flow from operations in the fourth quarter, up from $84.2 million of prior year quarter; thereby reflecting strong underlying earnings and effective working capital management. Moreover, capital expenditure was $19 million, resulting in free cash flow of $87 million. ResMed also repurchased 667,000 shares for $33.5 million in the reported quarter. At the end of Dec 2014, the company had approximately 16.8 million shares remaining under ResMed’s authorized share repurchase program.