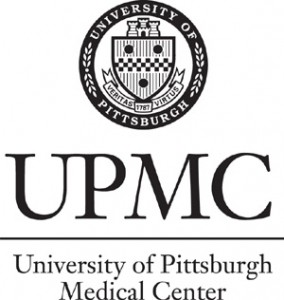 His new cardiology patients may not realize it, but Dr. Shivdev Rao typically does some complicated homework before he enters their rooms.

Rao sits down at a computer station and starts gathering information to build the story of a patient’s health history that will drive his decisions.

“It turns doctors into sleuths.”

UPMC’s Technology Development Center in Bakery Square in Larimer has built a tablet-based platform that aims to take such “detective work” out of medicine, by pulling information from a variety of electronic health record silos and presenting it to doctors on a sleek and meaningful interface that’s easy for non-techies to digest.

Convergence aims to help physicians save time and make smarter clinical decisions. It allows doctors to access patient information on the go with Microsoft Surface tablets and can reveal in minutes a medical history that otherwise could take 30 minutes to an hour to research on desktop computers, Rao said.

Rao is one of a few doctors piloting Convergence since February in the cardiology department of UPMC Presbyterian in Oakland.

“It started with us looking at the problem that clinicians like me have to deal with, which is an abundance of data,” said Dr. Rasu Shrestha, UPMC’s vice president of medical information technology. “In health care, we’re data rich but articulation poor. The question was, how do we bring the patient records to life?”

UPMC officials are preparing to distribute 2,000 Surface 3 tablets to doctors in several of their $10 billion system’s facilities. By the end of the year, they hope to secure an early adopter outside the network as the first step to marketing Convergence nationally as a commercial product.

The effort occurs as the government ramps up pressure on health care providers to expand and improve the use of electronic health records in clinical settings.

Initially, many such systems had been used primarily for billing and insurance purposes, making them difficult for doctors to navigate efficiently.

Convergence is not a new electronic records system; rather, it “lives above” existing systems, such as Epic Systems, Cerner and Meditech, Shrestha said.

By operating on a Windows-based tablet — UPMC scrapped plans to develop it for the less-compatible Apple iPad — Convergence enables doctors to view information from several sources in one place, then order prescriptions or labs and make notes in patient files with just a few swipes, Shrestha said.

It gives doctors an evidence-based treatment guide, streamlined lists of patient medications and graphics that doctors can use to spot trends, such as a spike in blood pressure over time.

One of Rao’s favorite parts of using the platform is showing the touch screen to patients so they get a better understanding of their treatment plans.

“The more dimensions of a patient you can capture,” Rao said, “the better decisions you’re going to make.”

If Convergence does what UPMC claims it can, the product could be the “holy grail” of what doctors nationwide are craving when it comes to interacting with electronic records, said Dr. Gus Geraci, chief medical officer for the Pennsylvania Medical Society and a board member of the Pennsylvania E-Health Partnership Authority.

“That’s sort of the fantasy dream, to be able to pick up a tablet and interact with any health electronic record system,” Geraci said. “This is a great idea if they’ve successfully done it — the question is, can they do this with anybody? Can they do this with the 50 most common health records systems there are? And I would suspect the answer is no.”

The other major hospital network in the region, Highmark’s Allegheny Health Network, is spending $180 million to move to a single-system records approach with Epic Systems. Paul Sikora, AHN chief technology officer, said the major shift will include applications for mobile devices and allow hospitals, outpatient surgery centers and clinics to access the same records seamlessly — eliminating the need for a product such as Convergence.

“It’s truly one patient, one record, not a disparate system with data in many different silos,” Sikora said.

UPMC’s Shrestha said that even single-system networks typically have to pull some patient information from outside systems.

“A one-electronic-medical-record approach does not create true interoperability,” he said. “It is not a wrong approach, but it just is not the full answer.”