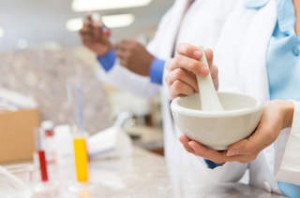 The nation’s largest pharmacy benefit manager, Express Scripts, is dramatically scaling back its coverage of compounded medications, saying most of the custom-mixed medicines are ineffective or overpriced.

The company, which manages prescriptions for 90 million Americans, plans to drop coverage for 1,000 drug ingredients commonly found in compounded medications. Express Scripts executives say the move is a cost-saver for employers that will reduce their spending on compounded prescriptions by 95 percent.

“What we are eliminating is, pure and simple, wasteful spending,” said Senior Vice President Glen Stettin, in an interview with the Associated Press. “These drugs are being used when there are other things available that are already approved by the FDA and are less expensive.”

But the coverage change has prompted a swift pushback from compounding pharmacists, who argue that such cuts deprive patients of crucial medications that are not available as manufactured drugs. A compounding pharmacy industry spokesman said similar efforts to curb coverage are in the works from several insurers and pharmacy benefit providers, including UnitedHealthcare and some Blue Cross Blue Shield plans.

“This is the first time we’ve seen a systematic approach to substantially, effectively cut compounding coverage, which ultimately is very detrimental to patients,” said Jay McEniry, executive director of Patients and Physicians for Rx Access, a group recently launched by compounding pharmacies.

The cuts by Express Scripts will take effect Sept. 15, unless customers specifically ask to continue paying for the compounded drugs. Companies who want to opt out of the cuts must notify Express Scripts by Thursday.

Express Scripts, CVS Caremark and other pharmacy benefit managers are paid by employers to manage pharmacy costs. They do this by negotiating discounts and rebates from drugmakers and wholesalers, and by setting up tiered drug lists that steer patients toward lower-cost drugs, which are often generics.

In recent years pharmacy benefit companies have focused their cost-saving efforts on new specialty drugs like Sovaldi, a hepatitis C treatment from Gilead Sciences that costs about $1,000 per pill. Express Scripts reported earlier this year that specialty drugs accounted for more than a quarter of all U.S. drug spending, even though they total less than 1 percent of prescriptions. Compounded drugs occupy a different niche in the pharmaceutical landscape.

Compounded medicines are custom-mixed by pharmacists to meet the prescribing instructions provided by a doctor. For instance, if a patient is unable to swallow a pill their doctor may order a liquid formulation of the same drug from a compounding pharmacy.

Express Scripts says patients will still be able to get necessary compounded medicines under its plan. Instead, the company’s cuts focus on untested topical creams and ointments used to treat pain and other conditions. For example, Express Scripts says some compounding pharmacies will mix five or more drugs into a pain cream even though there’s no evidence that the combination is better than a single-ingredient drug. And in many cases that single ingredient is already available as an over-the-counter drug or a conventional prescription.

“Your health benefit is intended to pay for things that have demonstrated efficacy. These are things that wouldn’t pass muster,” said Express Scripts’ Stettin, who heads the company’s clinical research division. He estimates less than a half-percent of patients who get prescriptions through the St. Louis-based company will be affected by the coverage changes.

Along with questionable effectiveness, Stettin says prices for many compounding drugs have risen to unjustifiably high levels. Between the first quarter of 2012 and the first quarter of 2014, Express Scripts says its spending on compounded medications increased nearly 370 percent to $131 million. The average cost of a compounded medicine rose more than tenfold in that period: from $90 to $1,100 per prescription. While some of that increase is due to doctors writing more prescriptions, Express Scripts says the bulk is due to inflation of drug ingredient prices by manufacturers.

Over the last two years, Express Scripts has recorded increases of 100 percent or more in the average price of 117 compounding ingredients. Among that group, 13 ingredients have seen price increases of over 1,000 percent.

In a written statement Wednesday, the compounding coalition said that pharmacies do not control drug ingredient prices. The group also noted that pharmacy benefit managers like Express Scripts can set caps on what they are willing to pay for various medications.

“Express Scripts should explain why it has chosen not to set ‘maximum allowable pricing’ across the board, rather than attempting to shift responsibility to pharmacists and shift costs to its customers,” the group said.