After efforts to remove restrictions from CMS coverage of telehealth through legislative channels have stalled, telehealth stakeholders have sent a barrage of open letters to incoming US Secretary of Health and Human Services Sylvia Burwell, urging her to use her newfound executive powers to waive the offending restrictions.

One letter was sent by the Alliance for Connected Care, a lobbyist group which includes such telehealth vendors as WellPoint, Teladoc, CVS, Walgreens, Verizon, HealthSpot and Welch Allyn as well as a number of disease and healthcare advocacy organizations. Another came from the American Telemedicine Association, HIMSS, Qualcomm, Intel, the Telecommunications Industry Association and a number of other businesses and interest groups. The final letter was signed by the CEOs and Presidents of 29 health systems and ACOs.

“The ACOs are fairly new groups to this, in that they’ve been really working to develop the organizations and a lot of them didn’t even know themselves that they couldn’t use telemedicine until we pointed it out to them,” Jonathan Linkous, CEO of the American Telemedicine Association told MobiHealthNews. “The fact that the ACOs are lining up behind us on this is a very positive thing.”

The letters pertain to section 1834(m) of the Social Security Act, a 2001 piece of legislation that was passed at a time when telemedicine was much more of an unknown quantity, and fee-for-service was the main payment model in consideration. The Act restricted CMS reimbursement for telemedicine to rural areas, where it was believed telemedicine had the most cost-saving potential, as well as disallowing coverage for store-and-forward technologies and services like physical therapy and occupational therapy.

Because ACOs use bundled payments, Medicare doesn’t pay for their services per item: it gives them a lump some to provide the best care possible. So if something is restricted from coverage, ACOs often have to restrict the service entirely. 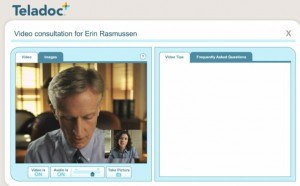 “Those of us working with providers who do not receive reimbursement for connected care services are faced with the difficult decision of assuming financial risk by providing the care for free,” says the ACO letter. “For many physician-led and smaller ACOs without access to a lot of capital, it is not even an option.”

Linkous says the ATA is also pursuing legislative means to get the restrictions removed, via HR3306, a bill currently in the House, proposed by Congressman Gregg Harper (R-Mississippi). He says there is no real opposition to the change — they just need to “make enough of a ruckus” to move the bureaucracy.

“Nobody’s opposed to this, nobody’s saying we can’t do it that I’m aware of, nobody whether inside the bureaucracy or outside,” he said. “It’s the question of raising this to the attention where they actually take action on it. It’s a simple waiver. Nobody is saying the ACOs are going to spend more money. We’re just saying allow them to use the money they’re given, allow the provider and the patient to make the decision as to the best way to provide care. … It used to be we were asking for a lot more money from the government, now we’re just asking the government to get out of the way, and let patients and providers do what they want to do.”

Notably, some of the organizations involved had sent a similar letter to former secretary Kathleen Sebelius before she stepped down. Nonetheless, Linkous thinks it’s a matter of when, not if, the restrictions are lifted.

“It’s amazing when you think 10, 15 years ago how little [telehealth technology] was around,” he said. “And today, telecommunications is ubiquitous. That’s why we update regulations, that’s why we change laws, and it’s time to change this one. And in this case, if we’re lucky and fortunate the secretary will make this change. If the secretary won’t do it, we have enough voices in Congress that they’ll do it at some point, it’s just a question of how quickly we can get Congress to act.”